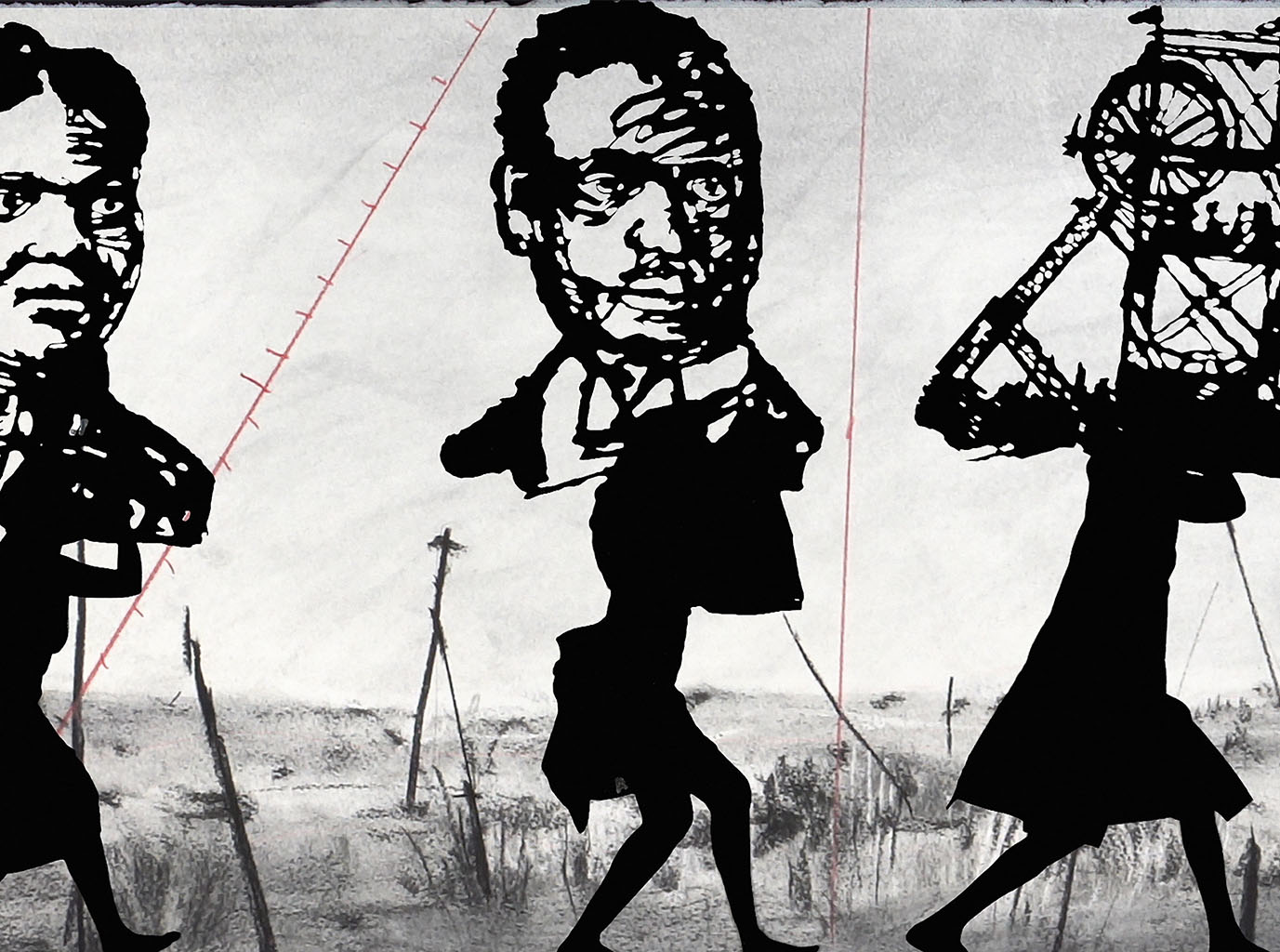 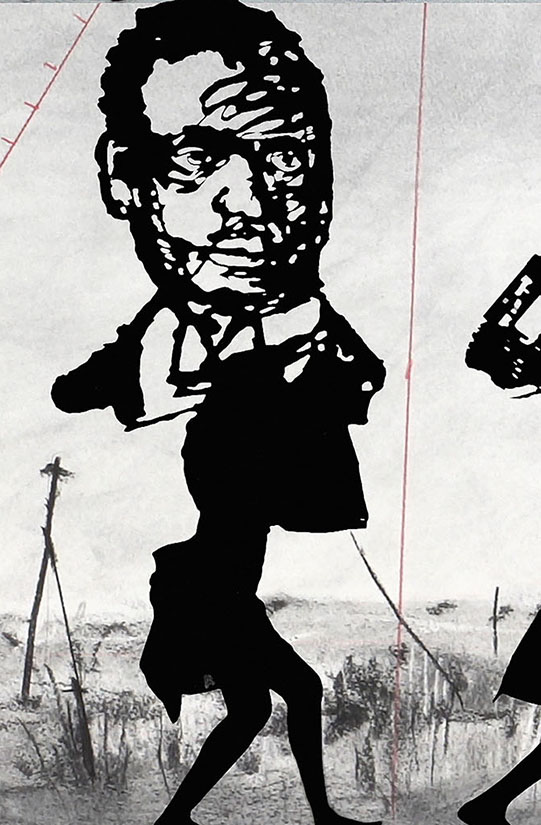 A Poem that is Not Our Own

A major retrospective devoted to William Kentridge is set to open in 2020 at the LaM, the first exhibition on this scale commissioned by a French museum. Designed in close collaboration with the artist and the Kunstmuseum in Basel, the exhibition will be take up half the Museum’s surface area and present previously unseen works never exhibited in Europe (from the artist’s very first drawings to his latest work, yet to be completed). 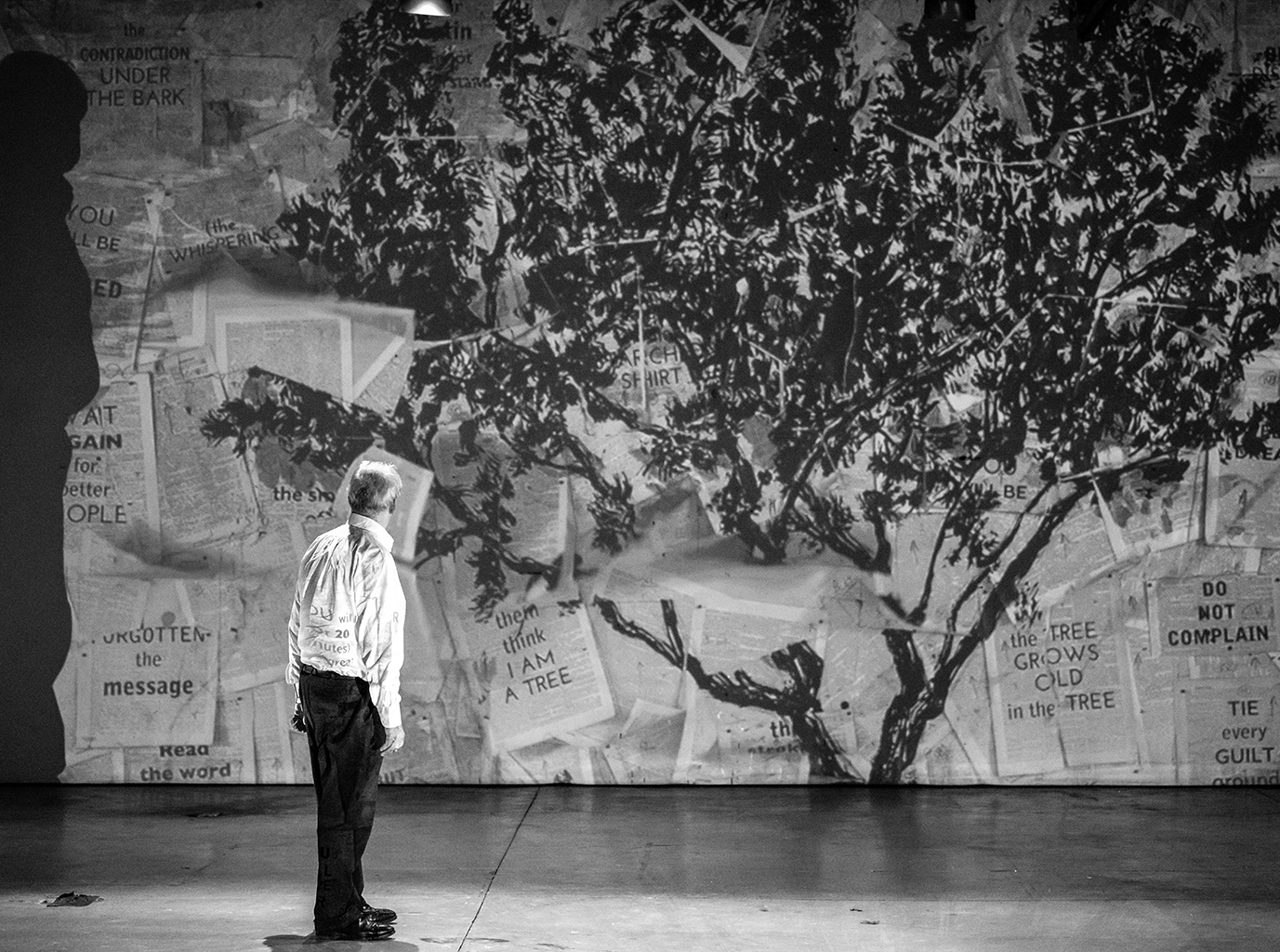 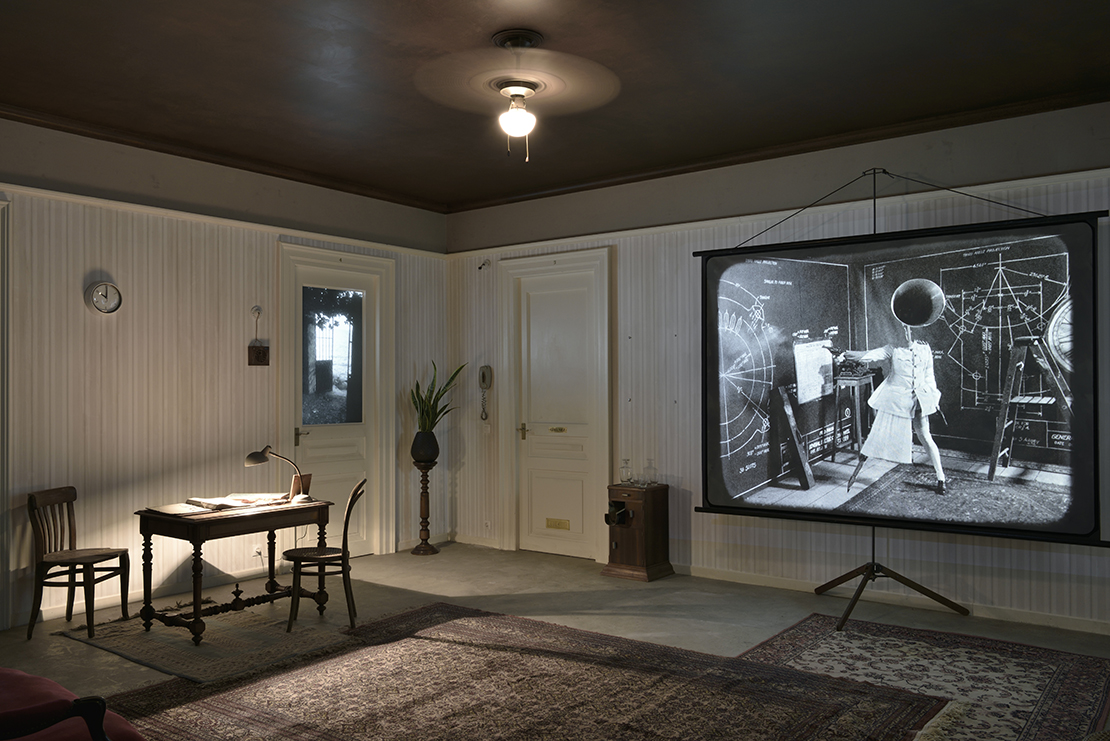 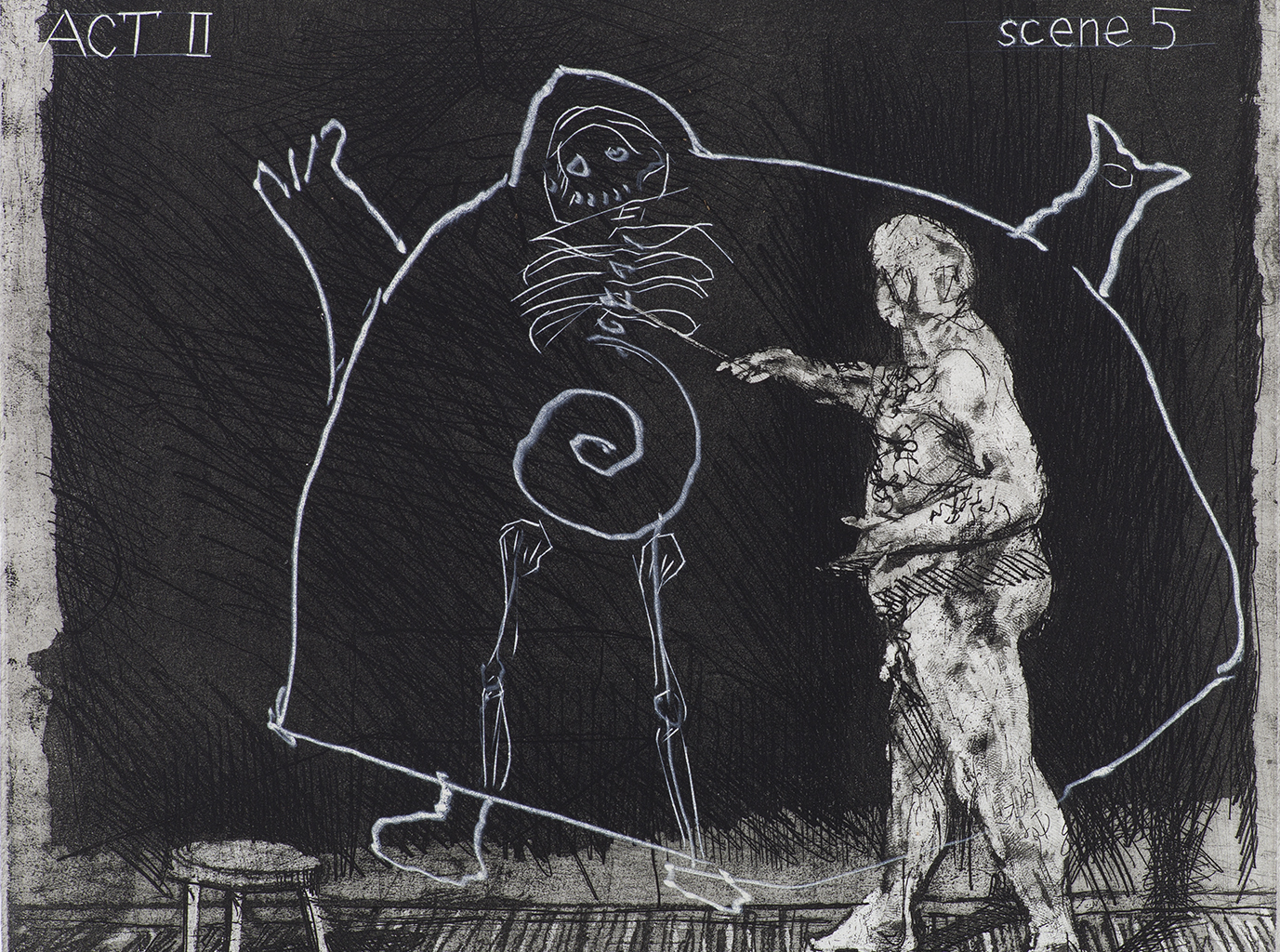 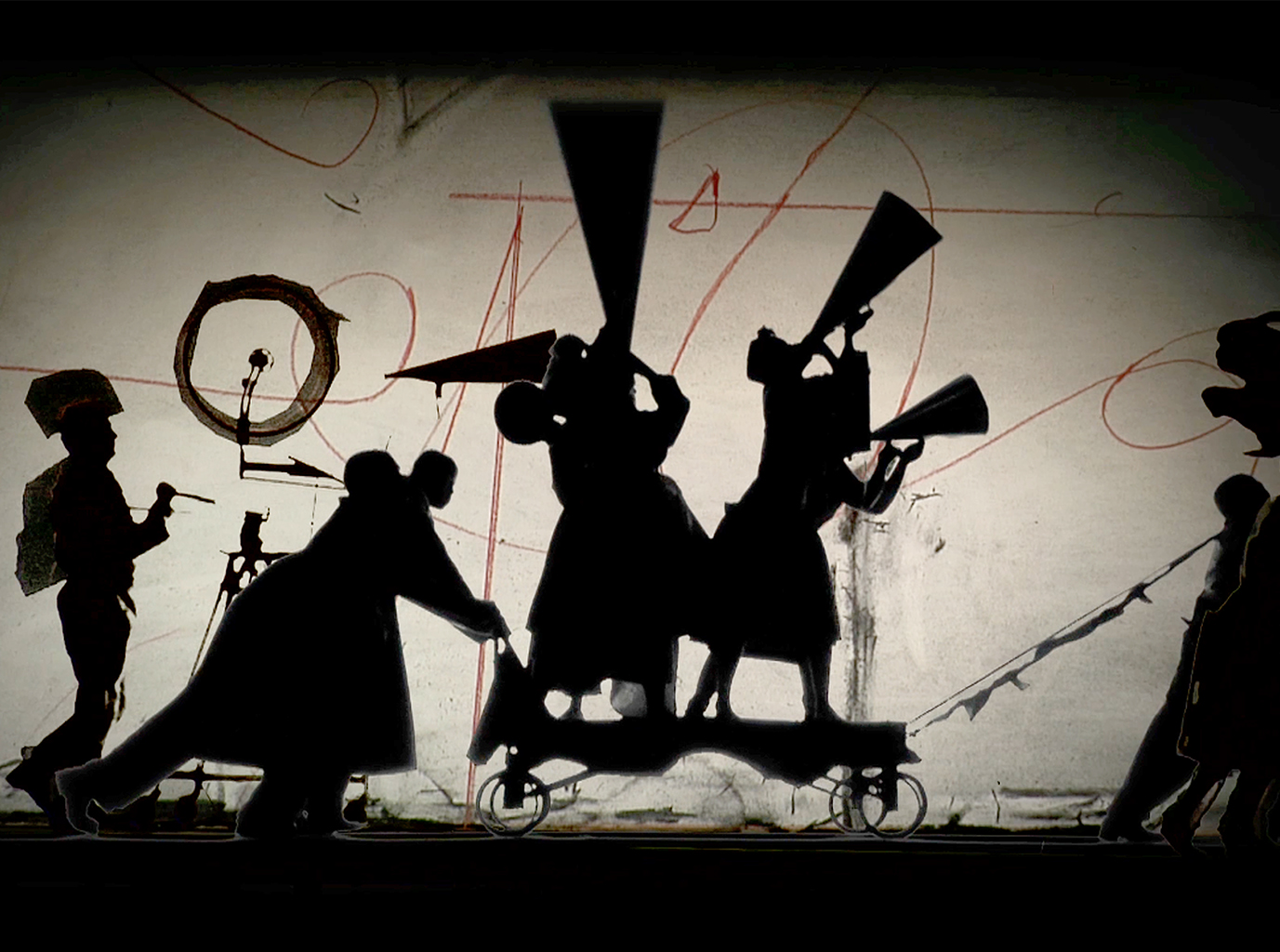 A native of South Africa, William Kentridge has gained international recognition as one of the greatest artists of his generation. One of the last twenty years’ most prolific creators, he explores all mediums with consummate ease, including drawing, engraving, sculpture, tapestry, animated film, performance and video installation. His interest in the theatre has led him to create bridgeways between the visual arts, the cinema and the performing arts, making him a virtuoso in creating and images in motion. His abundant body of work provides a poetic and critical vision of highly delicate subjects as decolonisation, Apartheid, political conflicts and Africa’s role in the First World War.

A Total Work of Art

William Kentridge belongs to a long line of artists, from Leonardo da Vinci to Pablo Picasso, who have mastered all expressive forms, from drawing to theatrical production. He has added the mediums of today: video, animation and performance. It is above all on the stage, a place that lends itself to transitions and metamorphoses, that this synthesis of all the arts flourishes in the most inventive ways.
Because it creates a relationship between artistic forms, Kentridge’s work is often spectacular. Its effect on the spectator, whose every sense is engaged, is immediate.
Kentridge’s work is a total work of art because it is the result of collective considerations: the artist surrounds himself with many collaborators.

« I spent all my schooldays knowing outrageous things were happening in an abnormal society. » 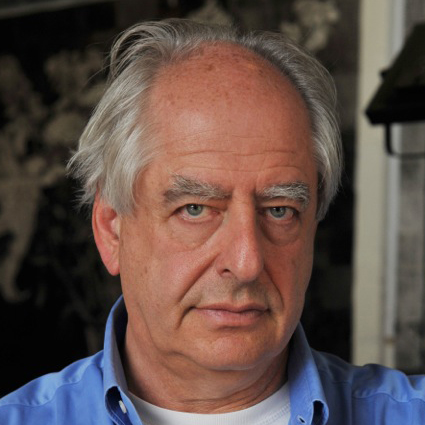 The universality of Kentridge’s art stems from his ability to combine history great and small, to blend the world’s upheavals with his personal experience. Born in South Africa shortly after the establishment of apartheid, he has unceasingly focused his artistic reflections on the human condition and abuses of power.
When he appropriated the character of Ubu (created in France by Alfred Jarry in the late 19th century), Kentridge not only made him a symbol of the violence of his country’s segregationist policy, but an emblem of all totalitarian abuses.
Hence, through the prism of the African continent’s history, he invites us to look at the world as a whole and proposes a new history of humanity, without hierarchies or borders, in which all individuals can see themselves. 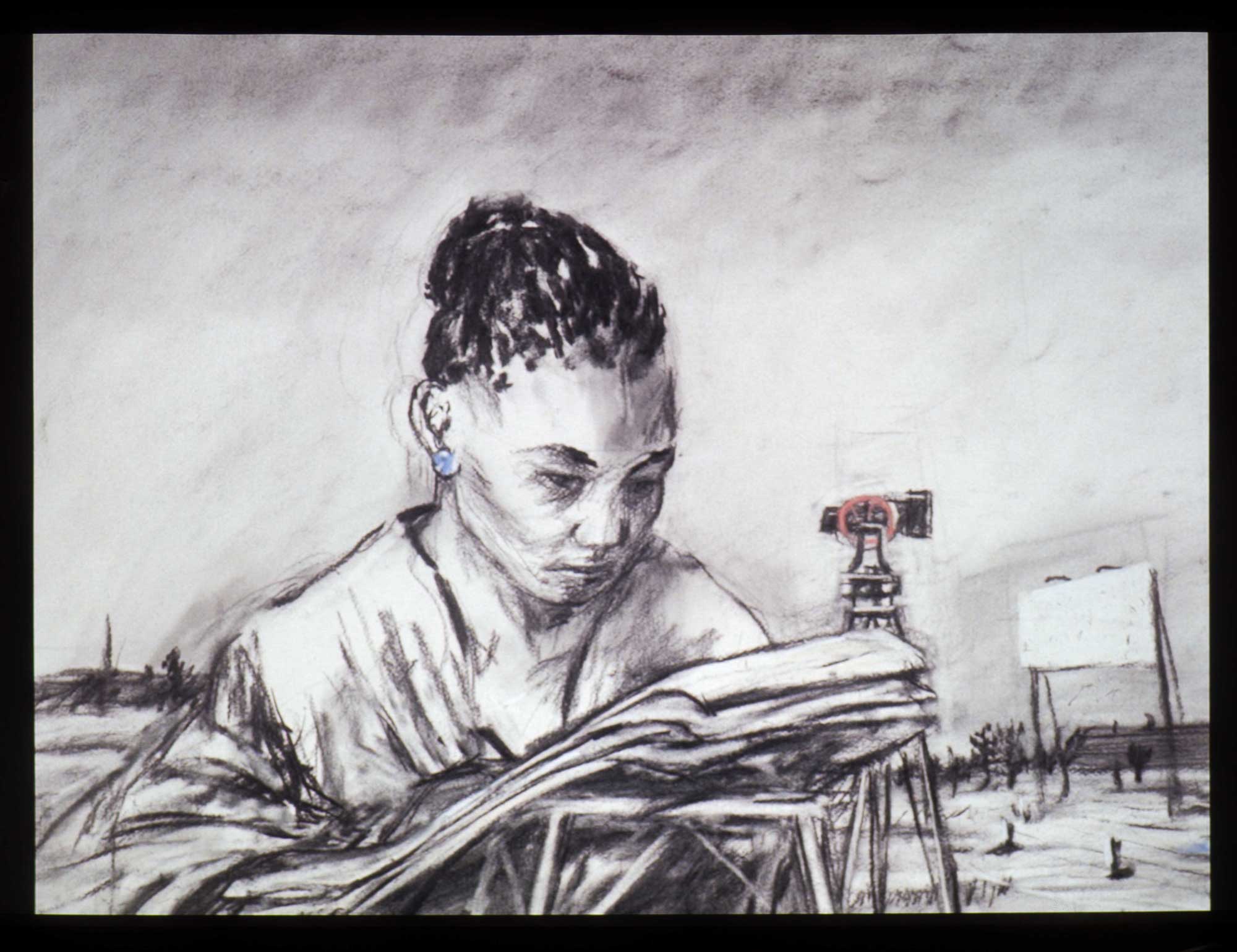 In the late 1980s, William Kentridge invented a cinematographic technique that he calls “poor man’s animation”. The process consists of making a drawing, reworking parts of it (by adding or erasing various elements), and filming the changes made frame by frame. The resulting short animated film is the sole repository of the various stages in the drawing’s evolution. The drawing itself is summarised in
the single sheet containing the final version of the repeatedly modified image. Few materials are needed: a sheet of paper, charcoal, a cloth and a camera. The film produced, however, is of remarkable poetic richness. 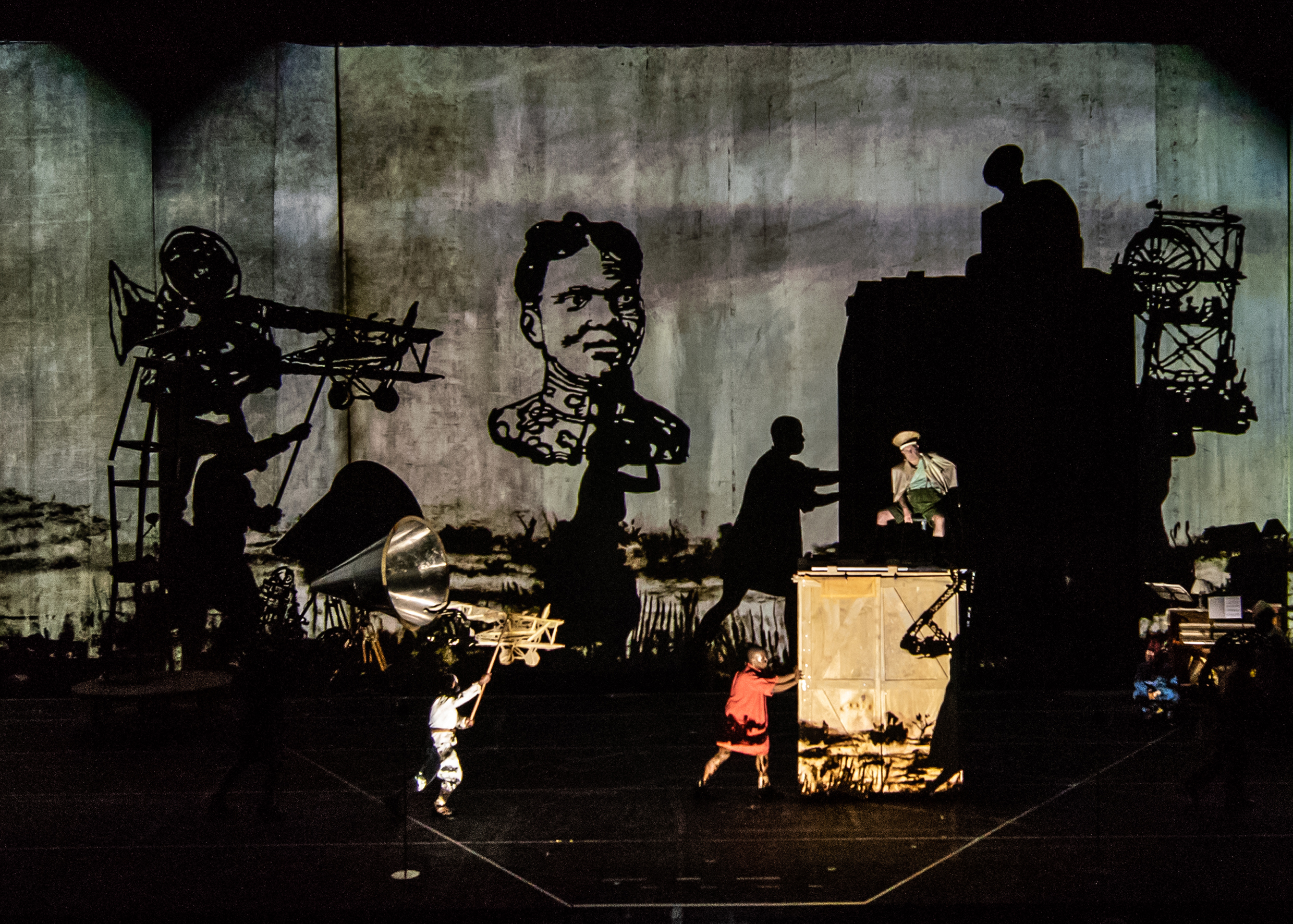 In the early 1980s William Kentridge was at an impasse. Unconvinced by his artistic talents, in 1981 he decided to move to Paris and take theatre and mime classes at the École Jacques Lecoq. There, he discovered a theatre focused on the gestures of the body and the dynamics of motion, where text was secondary. Although he quickly realised that the acting profession was not for him, that year in Paris was decisive: in his performances and productions, he has continued reinventing this work on the body, developing a new formal
repertoire that is particularly innovative in its use of video. 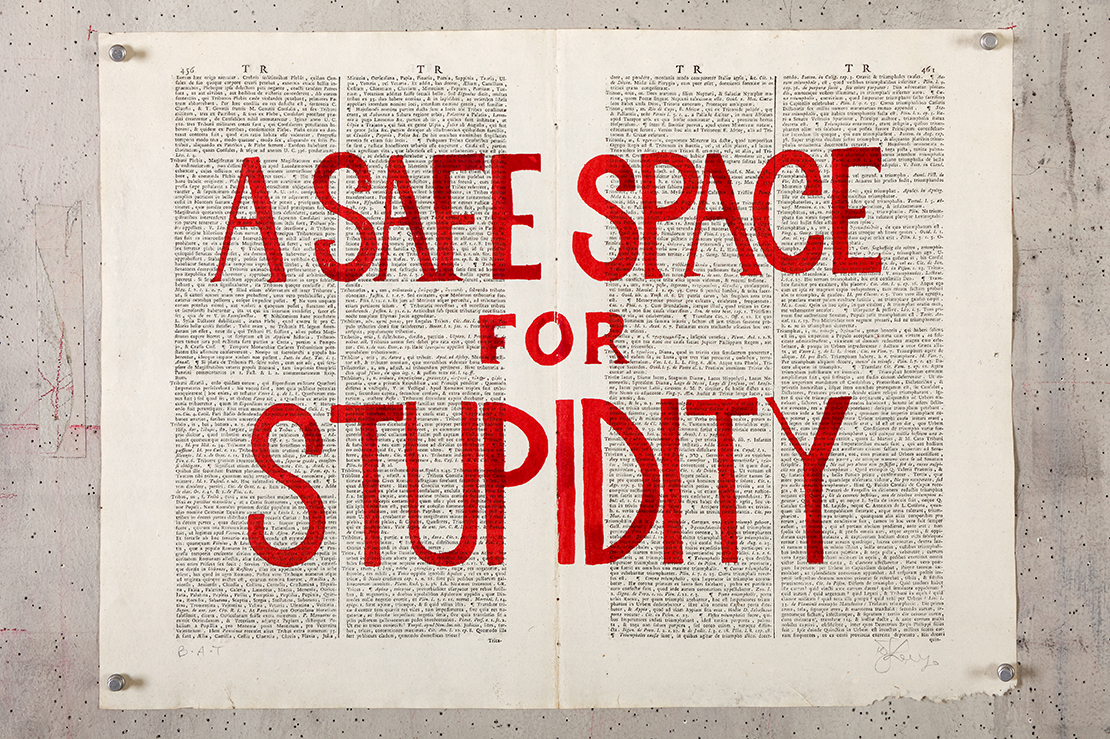 The influence of Dada on William Kentridge’s work has been fundamental. A subversive movement that emerged in Zurich in 1916, Dada made the abolition of all hierarchy between the arts an aesthetic and political principle. Kentridge adopted not only Dada’s vocabulary, made up of paradoxes, nonsense and humour, but its formal language based on a fragmentary aesthetic and visual and sonic cacophony.

The exhibition William Kentridge. A Poem that Is Not Our Own is organised in collaboration with the Kunstmuseum, Basel (Switzerland).

She is supported by
Image