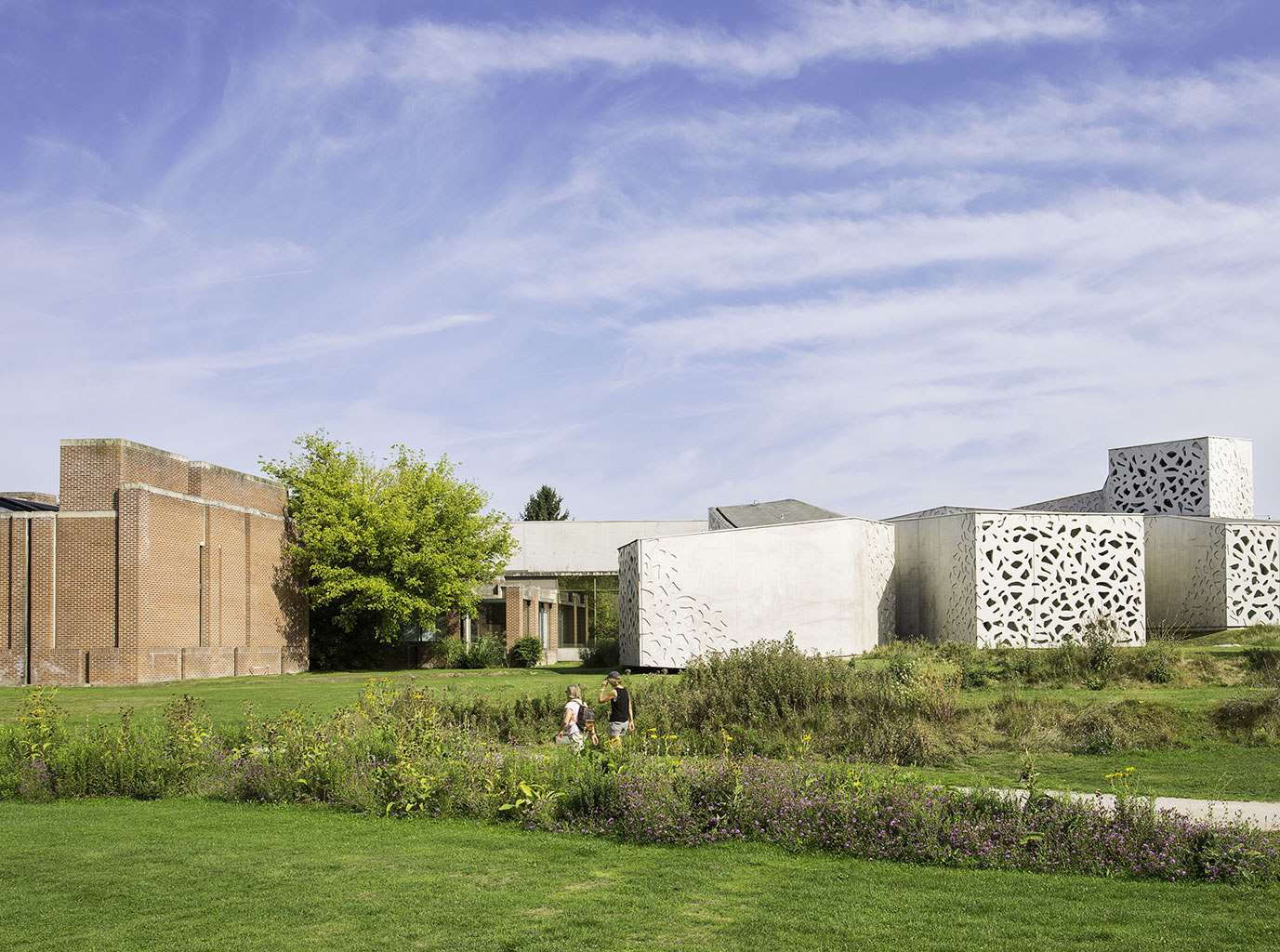 Located 20 minutes from Lille, between Paris, Brussels, Amsterdam, Luxembourg and London, the LaM is one of the most important museums in northern Europe.

Consult the works you need in situ, and access the Videomuseum, JStor and Inès databases.

And to prepare for your visit, you can also consult the library catalogue remotely by clicking here.

Tuesday to Friday
from 1 p.m. to 5 p.m. (mornings by appointment)

Closed in August and on public holidays

The Library does not lend books: in situ consultation only

If you’re a researcher or doctoral student, the Library can open its doors to you on Mondays and in the mornings upon request, and facilitate your visit.

You’d like to reserve a document or ask a question?

Write to us
Donations at the heart of the Library

When Geneviève and Jean Masurel donated the art collection that gave birth to the LaM, they wanted a library to be created at the Museum and also donated a part of their own library and Roger Dutilleul’s, which contains a wealth of information on the first half of the 20th century, cubism and naïve art in particular. This initial collection has been complemented by donations and bequests over the course of the years.

In 1994, Dominique Bozo, former Director of the National Museum of Modern Art and President of the Centre Pompidou, bequeathed over 5,500 works on modern and contemporary art.

Maurice Jardot, Director of the Louise Leiris Gallery, heir to the Gallery owned by Daniel-Henry Kahnweiler, the first art dealer to handle cubist works, bequeathed over 2,000 books, some of them illustrated by such artists as André Masson, Joan Miró and Pablo Picasso...
Both of them knew Jean Masurel very well and wanted to mark their attachment to the museum in this fashion.

In 1999, the L’Aracine association donated its library and archives, providing the LaM Library with a benchmark collection of documents on art brut, which has since been complemented by donations, including from Michel Nedjar, founder member of L’Aracine, and Kiyoko Lerner, who inherited Henry Darger’s works.

The Library adds between 500 and 800 works to its collections every year, through donations, exchanges and purchases.

Consult the various collections here:
L’Aracine I Bozo I Jardot I Masurel I Nedjar

The library’s possesses France’s benchmark collection of works on art brut. Over 3,500 books and journals from the 19th century to the present day document artists and how their works were received; including landmark works such as those by Marcel Réja, Hans Prinzhorn and Jean Dubuffet, pamphlets published between the 1950s and 1980s, and French and international exhibition catalogues.

It is complemented by substantial archives.
L’Aracine’s archives contain files on artists included in and absent from the collection, documentary files on institutions, museums and galleries presenting art brut, theme-based files on spirits and mediums, “dweller-landscapers” and children’s drawings, along with documentation produced by L’Aracine itself in the context of its various activities.
Michel Nedjar’s archives, which contain a wealth of photographs, correspondence and documents, document his own work and L’Aracine history alike. Louise Tournay’s archives, donated by Claire Teller, those bearing on Augustin Lesage donated by his niece, on Henry Darger by Kiyoko Lerner, on Postman Cheval by Claude and Clovis Prévost, André Escard’s on art brut and marginal art, and the psychiatrist Claude Wiart’s archives all provide researchers with a whole range of remarkable documents

View these collections’ inventories on the INHA and CCfr websites:
Lesage I Facteur Cheval/Prévost I L’Aracine I Louise Tournay

Magazines from yesteryear to the present day

These periodicals are freely accessible in situ.

To find out more, consult the catalogue by clicking here.

You can find these books in the Museum’s installations and exhibitions as well as in the display cases devoted to them in the Library.
Hands-on presentations of these books are organised regularly at the Library: consult the Museum programme!

A number of them, books and artworks combined, are also in the Museum’s online collection. Discover them here.

Based on the Library’s archive collection, the Museum has uploaded a database on “dweller-landscapers” (habitants paysagistes), men and women who, like Postman Cheval, transformed their living environments in order to “experience the world poetically”. New content from the Museum archives and internauts’ contributions is regularly added to the database.