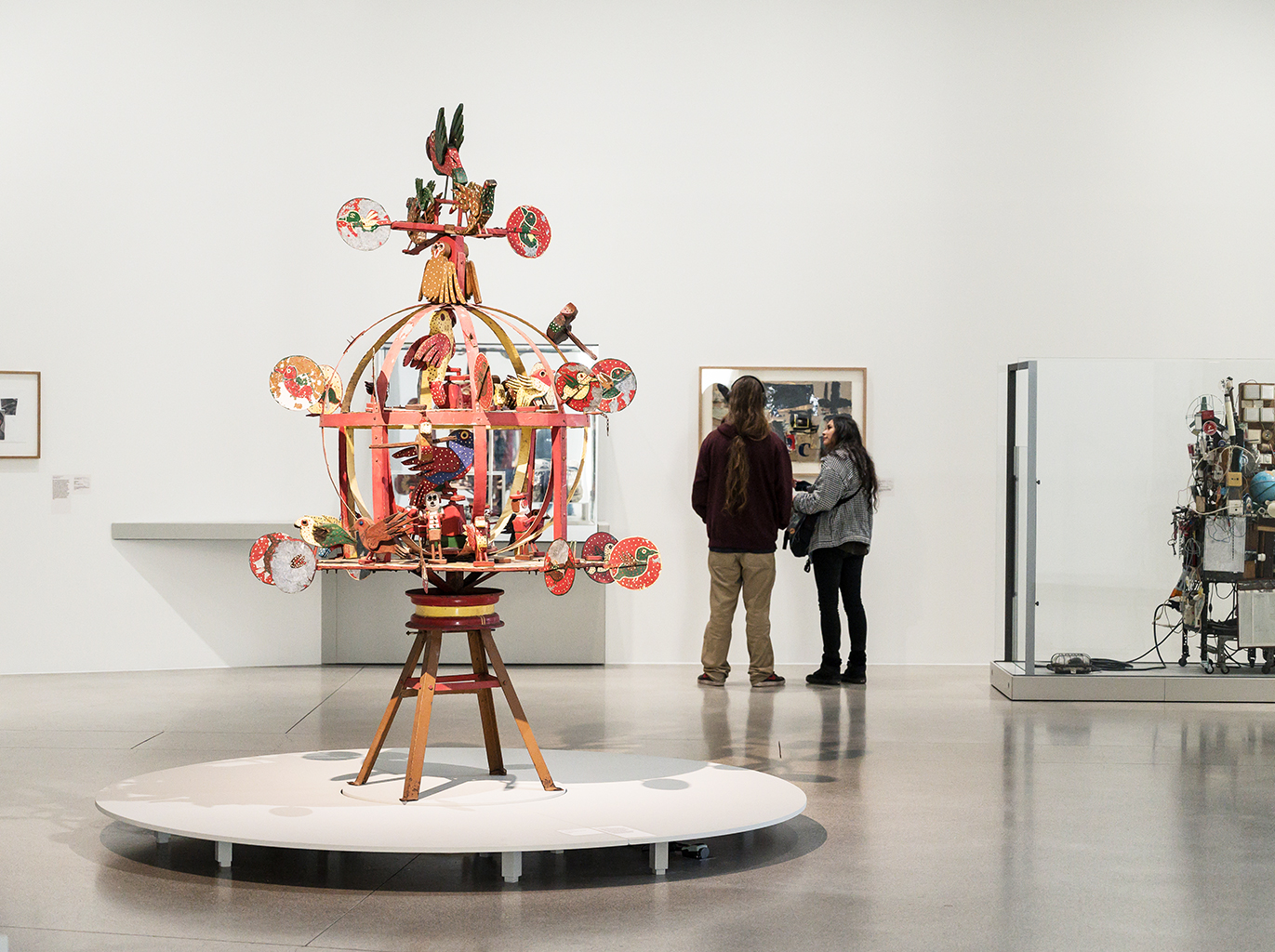 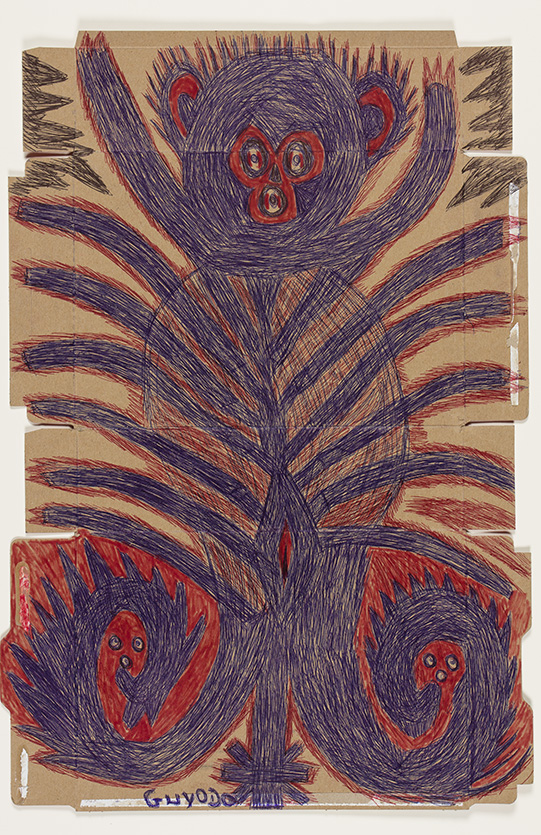 Intrinsically linked with L’Aracine (the artist Michel Nedjar was its cofounder alongside Madeleine Lommel and Claire Teller), the two collectors donated a selection including works by artists already represented in the collection, in order to complete ensembles, along with others representative of present-day art brut.

With this exhibition, the LaM aims to get as close as possible to the personalities of this pair of tireless trailblazers, advocates of an open, inclusive definition of art brut. A selection of works from the donation will be put in relation with other works from the Museum’s collection, with a focus on such varied themes as dialoguing with the invisible, memories of childhood, representation of bodies, and urban space. The exhibition will also pay tribute to the gallerist Pierre Chave and the work carried out by the “S” Grand Atelier.

The LaM is France’s first public collection of art brut and possesses works that ensure its recognition at international level.

The Eager-Nedjar donation complements this outstanding ensemble, adding a score of new artists discovered over the course of their travels. Still little known to the public at large, artists as different as the Ukrainian Vasilij Romanenkov, the Haitian  Frantz Guyodo and the Iranian Salim Karami now figure in the Museum’s collection, opening it up to regions of the world that were previously little represented. The donation also includes works by artists already present in the Museum’s collection, such as the mediumistic artist Raphaël Lonné and the German painter Josef Wittlich, both well-known to regular visitors to the Museum. 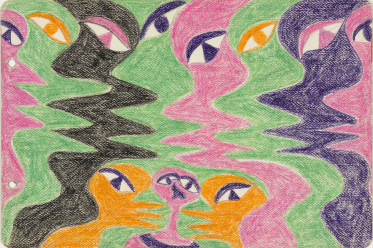 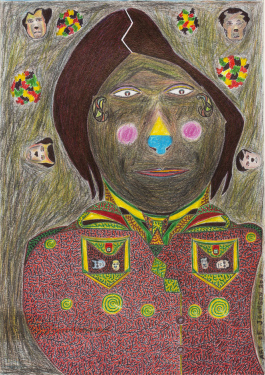 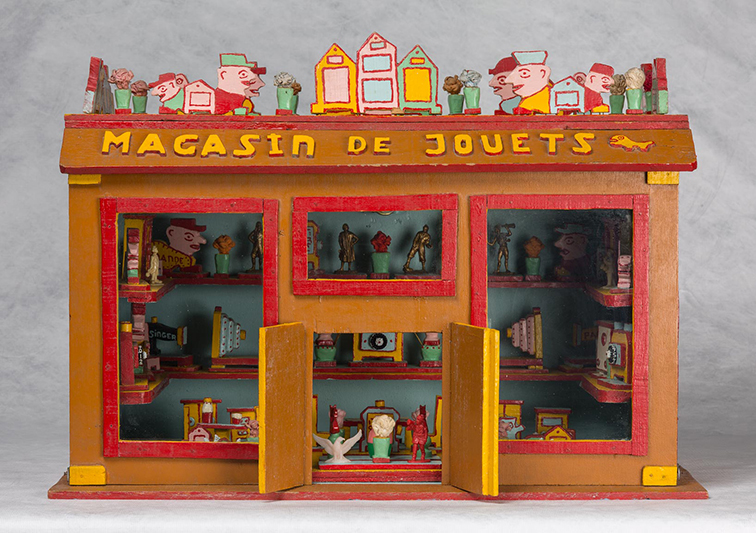 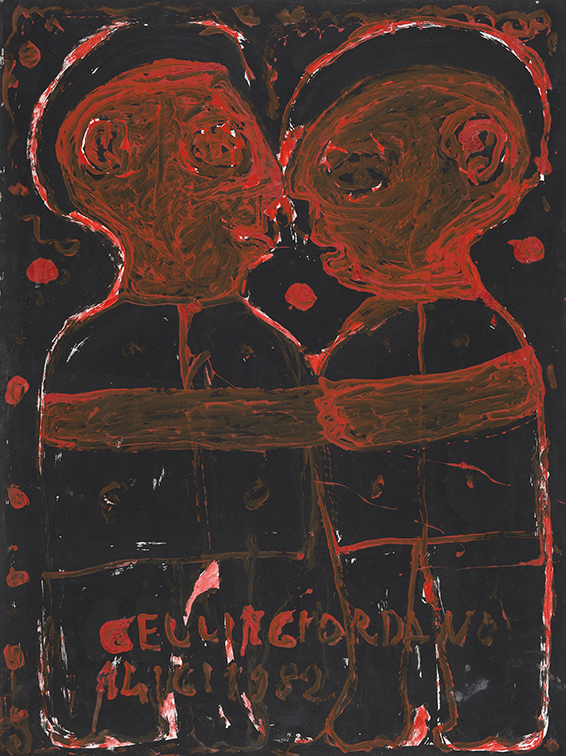 Pierre Chave, who passed away in 2019, was a prominent figure in art brut, whose tastes and personality were very much in line with the LaM’s collection. The son of the gallerist Alphonse Chave, initiated into lithography by Jean Dubuffet, Max Ernst’s official lithographer, and friend and champion of such avant-garde artists as Hans Bellmer, Man Ray, Dorothea Tanning, Dado and Asger Jorn, he turned his gallery into a centre of artistic effervescence and encounters, exhibiting works by some of the artists brought together in the gallery devoted to him: Philippe Dereux, Slavko Kopac, Juan Ferrer, Jules Godi, Michel Roux and Pascal Verbena, including a major sculpture the artist has just donated to the Museum, entitled Mémoire. Grand habitacle en trois corps (Memory. Large Interior in Three Parts).

Located in Vielsalm in the heart of the Belgian Ardennes, the “S” Grand Atelier association holds creation workshops (visual arts and performing arts) for mentally retarded artists. These workshops are by no means simple exercises in compassion; they are facilitated by a team of art professionals and disseminate the works produced in them. The “S” operates as a laboratory, with artists’ residencies based on a range of interactions and experiments between these artists, commonly referred to as “outsiders”, and contemporary artists. Thanks to Marcus Eager and Michel Nedjar’s generous participation, the “S” Grand Atelier has donated 245 works to the Museum (in addition to the 300 donated by Marcus Eager and Michel Nedjar), a selection of which will also be on display in the exhibition.